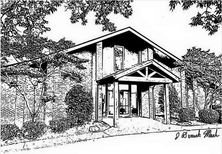 About the year 30 A.D., our Lord established his church from material which had been prepared by John the Baptist, a man sent from God. From this small beginning, this people grew rapidly and established other churches in various parts of Europe, Asia, and Africa. While it wasn't long until some churches began to stray from the new testament plan, a remnant remained true to God and perpetuated his church down through the centuries. Eventually, his people migrated to the new world, sowed the Gospel seed, and established churches in all parts of the country, including the states of Tennessee. Over the course of time, hundreds of churches were planted in this great state, and today we owe a great debt for their undying and faithful service in spreading the truth such that it remains with us today.

In 1971, a sizable group of these Missionary Baptist people felt a need to begin holding services in the southern part of Nashville. At first, they held cottage prayer meetings in the homes of various individuals. From these meetings they felt that a church was needed in this part of the city, and they decided to form a mission with the expectation of subsequently organizing an Independent Missionary Baptist Church. Nolensville Road Missionary Baptist Mission, as the group called themselves, held its first service on Sunday Morning, March 12th, 1972. After meeting in this capacity a few months, these Brothers and Sisters unanimously voted to organize themselves into a Baptist Church, with the organization being set for August 20th, 1972. Churches from the surrounding area were invited to send their ordained Brethren to assist in this organization.

On the designated date, after having obtained dismissal letters from the churches where they held membership, forty-two individuals met in their rented house at 5208 Nolensville Road and united themselves as an Independent Missionary Baptist Church. The council assisting in the organization was composed of eight Brethren from five churches.

Elder Rodney Boyd, who had served as the leader of the mission, was unanimously elected to serve as Pastor of the new church. Ten days following the organization, the church in regular conference business meeting, voted to name the young church, Mt. Calvary Missionary Baptist Church. At this same meeting, the church chose individuals to serve in various capacities as the church felt were needed. For example, Sunday School teachers were chosen, thereby acknowledging the need to carry out the third part of Lord's Great Commission as found in the 28th chapter of the Gospel according to Matthew; that is "teaching them to observe all things whatsoever I have commanded you..." Within a few months the church voted to purchase the property where they had been meeting. From our humble beginnings in the "Little White House" to the beautiful brick building that God has so richly blessed us with, we just have to truly thank the Lord for all he has done.

Throughout the churches existence, she has shown a special interest in lost souls and in teaching them what they must do to be saved. People of all ages have heard the gospel and have been saved through faith in the Lord Jesus Christ. They have been saved during regular weekly services as well as during special periods set aside for revivals. God alone knows the total results of our labors, and we must keep remembering that only we plant or water the seed, but God gives the increase.

In 2017, we are still continuing to strive for the faith once delivered unto the Saints (Jude 1:3). We count ourselves blessed to be called one of The Lord's churches. A local body that God has richly blessed with a wonderful heritage. The Bible speaks about a remnant that shall remain until his return, and it is our greatest desire that the truth is still being preached behind the pulpit that stands in our church when he comes back to call his children home.

​​Mt. Calvary has hosted the Tennessee State Gospel Singing Convention in 1981, and 1990.

In 1980 Mt. Calvary began construction on our building and was finished in 1981.